Just before Christmas, someone said to me "Watch, day after Christmas the Valentines day sh*t will be puked all over the insides of the stores, just watch". While /I didn't disagree, I thought there would be a few day lag between two monstrous commercial events, but they were right. By the 26th, Cupid had vomited copious volumes of Valentines day stuff. Everywhere.

A quick note and a call to action!

It's the end of the year, and while I was not planning on writing a blog to close the year out, one had been bouncing around my head for a couple days. I have written so many blog articles this past year, most for work, some for my own private giggles, and you know what? I have found that despite my claims that I only have so many words and articles in me, I actually have a lot more when inspired! So here I am, closing an okay year out with my weird hobby of scribbling thoughts. 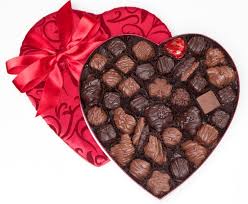 Ever since my Christmas post and my New Years post (I am an admin here, by the way) something has been bothering my, and I really could not put my finger on it until part way through today. Here we are, staring down the new year. People look at New Year's as a new beginning, rightfully so, even if it is an artificial demarcation between one year and the rest. Did you know that in Roman times the new year started in March?

Anyway, like New Year's, Christmas is full of artificial good will and cheer, a load of bologna . I see the fights in shopping lines, the cross people cutting others off in traffic, ther racing to the checkstand to beat others.

And what of Valentines Day? Ah yes, to have "someone special" to share it with. To share a kiss with said person, much like midnight on New Year's day.

There are others too...

On big sounding days that many take for granted, there's no shortage. However, there are goofy "holidays" which are otherwise called National Days, like National Pizza Day (which ought to be a holiday, in my opinion). January 3rd is National Festival of Sleep Day, and also Humiliation Day. January 4th is National Trivia day. Nope, I'm not making it up! January 4th?  National Bird Day and National Whip Cream Day. What about National Nose Picking Day? Okay, I made that one up. I think.

Then there's the serious ones, like Memorial Day, and Veterans Day. Often confused among people, Memorial Day is the day we honor people who lost their lives in the service of our nation, and Veteran's Day is when we honor those who served our nation.

The point is that you MAY honor those fallen any day you like, or EVERY day if you like. You can honor those who served Each and Every day. As to Christmas, you can show that spirit all year long if you like. Goodwill and cheer are free, baby, and you can give that stuff away ALL. YEAR. LONG!

And Valentines Day, how about we show our significant other that we love them daily? Or is that a bit much?
"But mister writer guy, I don't have anyone to share that with..." Well then, you'll be a sad sack come Valentines day, won't you? But once you do bag a babe or bae, or whatever the heck they call it today, you can, with my permission, be shot with cupids arrow daily!

You see, it's all contrived.

Supply and demand, and stocking up for sales is what it's all about. I don't think Memorial day has been commercialized out yet, but give it time, they, the marketers, will figure something out. Nothing is sacred in sales. Nothing. 4th of July? You can celebrate independence from Great Britain whenever you want, but setting a date for this marketing event fulfills the cycle of earn, advertise, sell/buy, repeat.
Oh, sure, there are still a great many people who honor these special days in the spirit intended, but less each year. 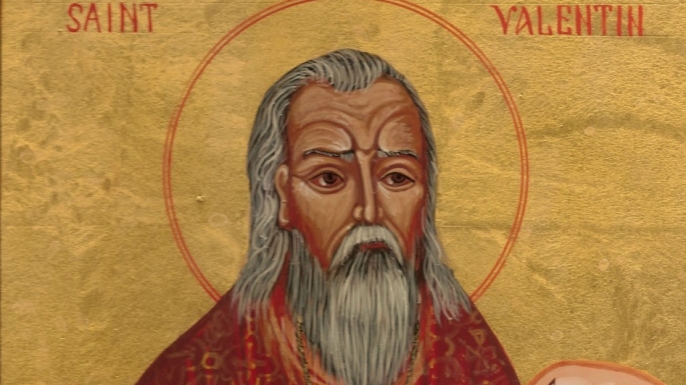 So when you journey down to the local Walgreens, CVS, Walmart, Target, and see they myriad of products for sale for the Next Big Holiday Event,
But for the record, and to steer away from the cynical, Valentines Day was names after Saint Valentine.

Bishop Valentine was born and lived in Interamna and while on a temporary stay in Rome he was imprisoned, tortured, and martyred there on February 14, 269"

Why, you ask?
Roman Emperor Claudius banned all marriages and engagements in Rome so as to keep his army strong. Those wacky Romans, I'll tell ya.
Valentinus, Valentines proper name, wasn't having any of that. "By golly, if the young'uns wanna get hitched and get it on, knockin' boots and all that, I'mma gonna marry 'em, dadgummit." Okay, to be fair, he probably didn't sound all Appalachian. He was Roman, after all. It just sounds like a better story to me, the writer.

Anyhoo, Claudius was none-too-happy about this, what with his authority usurped and all, and, well, Valentinus lost his head.

Valentines Day isn't just for a smooch and a quicky, it is also to honor this man who saw love as the greater of all human activities. He saw it as inspired by God, and as being far more important than the dictates of an emperor. He knew he'd be punished for it, and that performing these weedings could end his life, but this man did it anyway. Love is greater than all.

And right he was. Now if we can just hold on on the commercial aspects of it all for, oh, I duuno, a week or two?