You're Born with Man Cards

So, right off the bat I want to clarify a couple things. One, man cards is plural, the other is that you're born with "X" number of cards.

The number of cards you're born with is open to debate, but, for the sake of argument, let's assume from the top that number is 10. However, that does not mean you cannot increase, or even decrease your number of cards!

Before we go any farther, please watch the video below on the subject...

How does one lose man cards?

Super easy, and this is where I'm going to ask for your help. I have compiled a list, down a ways in this article, of ways men can, and do, lose their cards. Join the site, Friendslr.com and add your personal views on this, and add to the ways, or even dispute them. For example, driving a yellow car is an automatic loss of 9 cards. Unless it's a Corvette or a Ferrari, then the loss is either nothing lost, or maybe 2 cards. However, bear in mind that owning either car add 7 cards, your your net gain is 5 man cards.
See how much fun this is?!?!

Everyone is born with man cards, even girls!

Let me be perfectly clear. Women are studs! Not in the traditional sense, you know, by siring offspring. All of us came out of them. Many of them endured enormous pain for us to be born. Shoot, many break their pelvis so that you may exit and live!!!! Others  are sliced open, to great pain, in order to let us out. I'm telling you, women rock! furthermore, many women are way more manly than many men. Ladies, back me up here. Yet, the rules do not apply to them, man cards are a man thing.

I'm not making it up!

There are whole websites dedicated to the topic of man cards. I read a few of them when I started this article, and laughed nonstop. Ones like...

Urban Dictionary has an entry on the famous cards.

"OfficialManCard.com: Home of the Worlds Only Authentic Man Card" is a great site as well!

At this site, you can get a man card, but others can post a revocation request, while still others can vote on the request. Very democratic!

Here is a snippet from OfficialManCard.com, regarding the revocation of Mike Trolinger's man card:

This is an intervention….Mike is a good guy but needs a wake up call. He throws darts like a girl, drinks light beer, throws massive hissy fits in the office, and wears skinny jeans on the regular. There is also credible evidence that suggests he is growing a man-bun. Please REVOKE Mike’s Man Card before he does any further damage to himself.

Now, again, I think only hard core purists believe in a man only having one man card. I subscribe to the Scrubs version above, however, J.D. only gets five! I guess that that's the Man Card starter Pack! 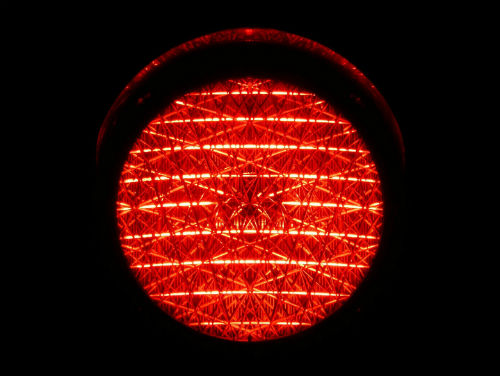 In the Reason for Revocation above, I think the point is made for me. There are many, flagrant, red flags there. Mike...

So, what to do? Go into negative card numbers? No. Mike MUST have some redeeming qualities, too, right? Maybe he wrestles bears in his off time? No matter. If Mike's been given 10 cards at birth, he still has 5 under the Scrubs Scenario. Unless, of course, Mike has more heinous behaviors up his sleeve, such as driving a Prius. Basically, Prius is where testosterone goes to die. By the sound of the revocation request, Mike has likely, at the very least, called a Toyota dealership.

I took a poll

I took an informal poll on Facebook asking: What would you consider grounds for a man losing their man card?

The answers were great!

Then someone posted a picture of Zak Bagans. LMAO!!! 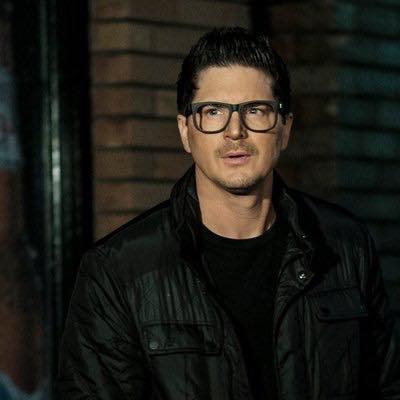 Zak may not have man cards

Followed by an encapsulation

Then the deadly serious, which, by the way, results in a loss of ALL man cards

Which was followed [bravo!] with the supportive

And right behind that, the serious followed by the funny.

So, man cards is quite the topic!

So, let's expand on this a little, shall we? Maybe assign some man card values?

Prius and Man buns seems to be spot on.

Driving a Prius loses you, say, seven cards. Also, driving a Miata carries the same penalty. Oh, and by the way, you have to also cut off your junk to drive either, so there's that...
Driving a Nissan Cube [aka Nissan Pube] loses you 6.
Any Kia, 4, but a Kia Soul loses you 5.
So, you like the Scion xB, do you? That's worth three.
A V.W. New Beetle (original New Beetle, by the way) and give up seven of those cards! And, if it's a CONVERTIBLE prepare to part with 7 more, because all convertibles are worth 7 cards. Except Corvettes, no loss of cards there.
Any yellow car (except a Corvette or a Ferrari) loses 8 cards. Yellow Corvette or Ferrari? Deduct 1 point only.

That man bun of yours is going to set you back 9 cards. Hey, I don't make the rules...
Same with saggy pants, btw, pal.

Wearing women's jeans, yeah, all of them cards, cough them up.

Screaming like a little girl at a bug in the house, well, 1 card there.Really it depends on the bug. Roach, kill it, spider, kill it, really big spider? Run for the hills!

Using the words "Brah" and "Hella" are man card disqualifiers.

When We Were Young

In our youth, admit it, cooking a meal was seen as unmanly, and could lose you your man card, yeah?
Also, as a youth, it was commonly seen as only one card, because that's just how it was. Being able to play an instrument could lose it. (Still does if said instrument is a flute. Just saying.)
"Ewww, he kissed a girl!" Card evaporates. As an adult, that gains you a card, potentially. See, she has to want to be kissed.
Isn't it funny how, as we grow older, those things that were repugnant as kids become that which can define us in a positive way as adults? Sewing, bad as a kid, but if you join the military, your momma ain't gonna sew on your stripes. You are.
As we grow, and our horizons get larger, of course multiple man cards makes sense! Can't cook, lose one, can box, gain one. See?

I could go on and on

However, I won't, I have to keep this thing moving! So, let's get on to how you earn a man card, or many man cards.

There are so many ways. Always telling the truth. Do what you say, say what you do. Be a fireman or a good police officer. Saving a kitten from a burning house before the fire department arrives. Joining the military.

But, there are way more ways, too. To boil it all down, just be a good dude and the man cards will come. That's the operative phrase, a "good dude."

Buying a honkin' 4x4 wins you nothing if you beat your woman. Besides that, you're probably "compensating," if you catch the drift. That Dolce Gabbana item? Are those things even still in? Well, meaningless if you're ripping people off. Talking the talk but not walking the walk loses you cards.

I friend of mine, we'll call him David, because that's his name, recently posted a picture of himself with Sylvester Stallone in front of David's house. Rocky had come over to see some stuff David had collected.

Stallone has a man card. "Ya think?!?" you say. Yes, he has boxes stuffed with them, no? So, have you ever even read the man's story? Oodles of man cards there.

But what is as interesting, to me, anyway, is that David probably has just as many man cards as Stallone. Not for the same things, but other things that are just as valid.

Another good friend is Brian. Brian tells it as he sees it, no question. He goes without for his kids can go with. Brian doesn't have much, but he has a wealth of his own. Primarily in man cards. His dislike of pickles, however, loses a couple man cards.

Listen sister, you got enough going on than to need man cards. Seriously, only men are insecure enough to need them. Really.

Don't you just hate that term? So, when it comes to you and your man card, if you're only fortunate to have one, or you have many man cards, you want to keep them, yes? Simple, be a man. Be manly. No, don't buy that scooter. Furthermore, leave the Prius at the stealership. Learn to cook, or better still, BBQ, for your significant other. Also, love your spouse and your family. Fix things as they need it, yourself, oily, grubby hands and all.

But, seriously, if you obsess over how many man cards you have, you may want to evaluate your life. See, if you're worried about them, maybe there's a reason why...