Why do we celebrate Halloween? Surprising Reasons!

Why do we celebrate Halloween? Surprising Reasons!

Also known as Samhain, Halloween has a long history!

Each year for the past 5 or 6 years, we have locked ourselves in for Halloween and shut off the lights. It's not because we as ourselves "Why do we celebrate Halloween" or anything like that. It's not because we don't like it, or don't celebrate it or whatever, it's because our dogs have always freaked out over the doorbell ringing and strangers at the door. Clearly, they are traumatized, and I'd rather they not traumatize little kids seeking treats. Simple as that. However...

Halloween has a long and interesting history 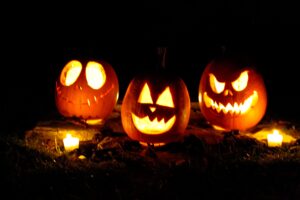 To encapsulate the history of Halloween, I'll leave it is this: Halloween dates back to the Celtic people, thousands of years back, who believed the dead returned to their homes during Samhain, November 1st. The Celts would wear costumes and such to scare the dead back to where they came from. This, to them, worked better than hiding under their beds, I suppose.

To learn more about the history of Halloween, All Saints Day, and all of that, do visit here. Of course, I gathered some info here as well, like that 1/4 of candy sold each year is sold for Halloween!

So, why do we celebrate Halloween, exactly?

In a word, tradition. In another word, kids. Or a third word, candy. 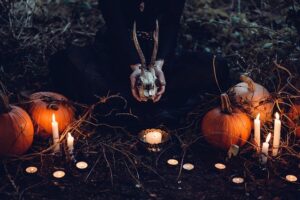 First, so far as tradition, there is some logic involved in Halloween being when it is. As a ghost hunter of many years, I can tell you that, for some reason or other, paranormal activity picks up from late September to early November, peaking on about Halloween. The ancient Celtic people would have noted this, in particular. Bear this in mind: we note the uptick these days, with myriad and sundry distractions tugging at our awareness at all times. The ancient peoples had stories told around the fire. And work. Harvesting, planting, living, dying, rinse, repeat.

Also bear in mind that October marks the beginning of what was perceived as the "months of death". A higher percentage of people die between October and March. Colder weather and longer nights in the northern hemisphere only exacerbates this perception. See this article. 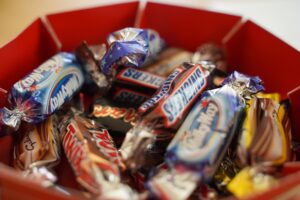 Right, so, you're a kid and you can walk around the neighborhood as someone else, or something else, knock-on doors and people give you free candy. What's not to love? So when you ask why do we celebrate Halloween, look at your little munchkin. Are you going to tell them no? They can't have candy? No, no you are not.

Back in the day

Back when I was a kid, a loooong time ago, there were rules, such as, if you were over 12-year-old, no trick or treating for you. And, everyone talked about the dreaded "Apple with a razor in it" thing. All of us knew of someone, who knew someone, who got an apple in their trick or treat bag, which, of course, had a razor blade it in. 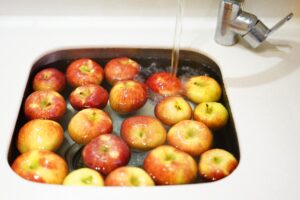 First of all, NO ONE EVER gave apples to kids at Halloween when I was a kid. The would guarantee said giver as the neighborhood pariah. They would either get egged, or their house toilet papered.

"Hey, you put ice cubes in the kids paper bags, follow behind them as they go house to house picking up the candy that falls out..,." Never happened. 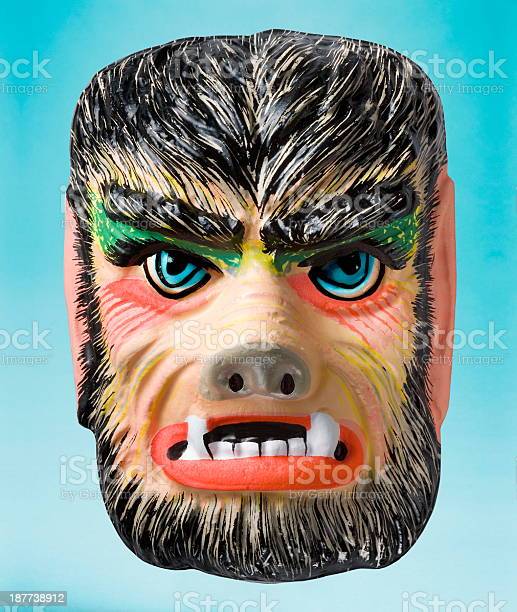 Dark streets, cars with drum brakes, driving fast. We had no parents escorting us. We had hard plastic masks that suffocated you, and you could barely see out of. And if you wore make up in place of a plastic mask, you were a wuss with the worst costume EVER. No, we didn't carry flashlights, and there was the very real possibility of a drunk driver with bad brakes running us down.

Apparently Halloween rivals Christmas as most people's favorite "holiday." Why do we celebrate Halloween, you ask? Well, Halloween is an event, not a holiday. Secondly, we celebrate it mostly because "big business" tells us to. It's sort of like "Child of vision" from Supertamp, "...and you watch your television, cause it tells you that you should..." Capitalism demands it, really, and that's not necessarily a bad thing. The manufactures make tons of candy, the marketers market it, the retailers sell it to you, you buy it and give it away, and the children eat it. With a little help, of course.

As I write this, on October 2nd, both my daughter and granddaughter have attended Halloween parties on 10-1. Very odd.

So, why do we celebrate Halloween? Because we do. We're expected to. We love it. It's fun. Candy. Ghosts. Pick your reason, Halloween is not going away any time soon!