How Fast does it come on? And holding out with hope

As I begin this article on kidney failure in dogs, my sick boy dog, Tucker, is barely alive. I'm sure that by the time I finish it, he will have crossed over the rainbow bridge. I am 100 percent sure I will shed tears while scribbling this article. As I begin this article, I am very much aware of the fact that the odds are long as far as completing this article. My aim is to inform, encourage, but not offer false hope for a happy ending, even if I, myself, harbor that hope.

If you have ever had a dog or a cat, or several of each, you know what I mean. They are family as much as, and sometimes even more so, than actual family. they never eat your food, unless you leave it unattended. They don't borrow your car. They seldom, if ever, hold grudges and never smack talk you behind your back. Dogs are loyal to a fault. Cats, not so much. 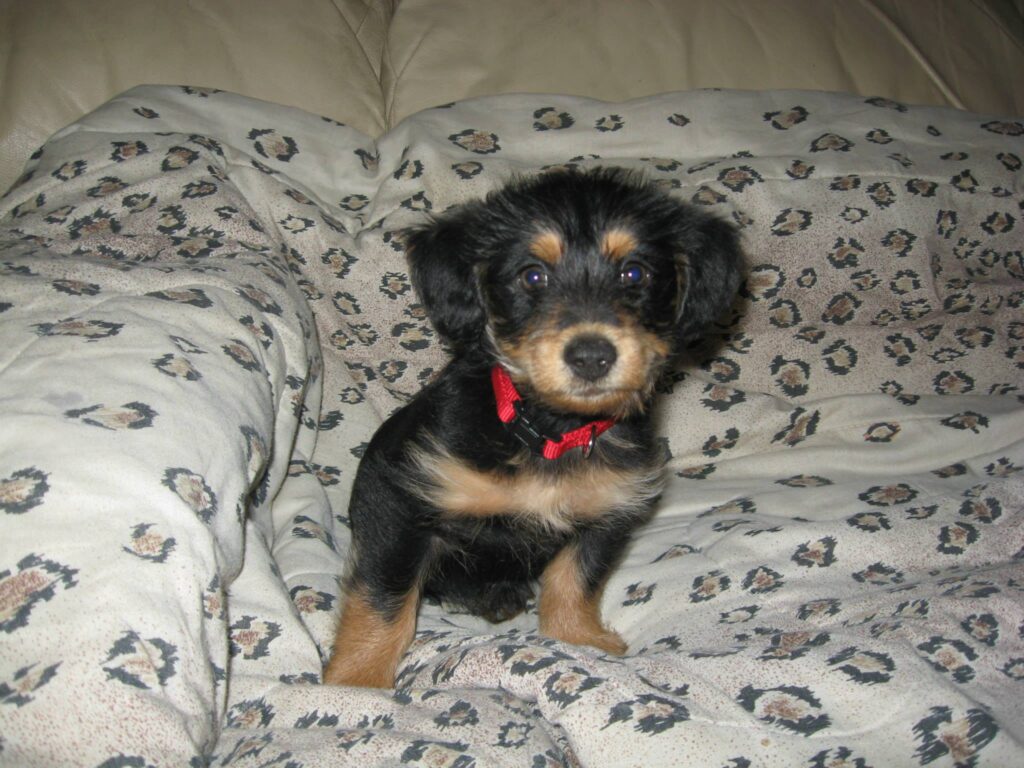 In the above picture, we were so sure Tucker would grow up to be a big dog! He was a Labradoodle Shar Pei mix, and had the black areas of the mouth to prove it. The funny part is his fur had the wiry consistency of a poodle as he got older. Oh, and not so much loose skin, lol. Yet, we're pretty sure he had sone Terrier in him as well.

Dogs are the only family member who loves you more than they love themselves. Or, more than you love you. You are part of their pack, and they, yours. Not only that, but they are fully innocent beings. That is one of the reasons that my Tucker Boy ailing, suffering, is so hard, for me. It's a damned bitter pill. Kidney failure in dogs is a lot like that which people, and cats, get. 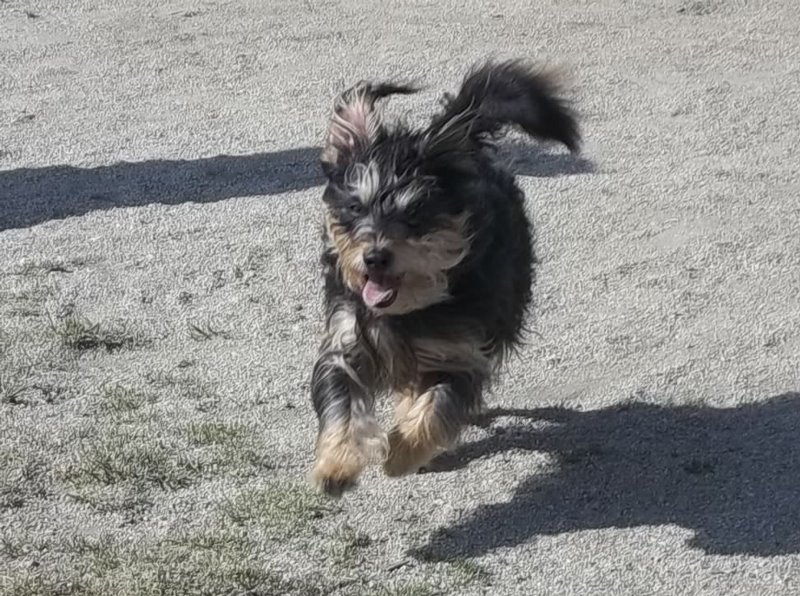 Tucker is a good, and old, soul, who happens to think more about food than just about any gluttonous human that ever lived. He is all about the grub! Yet, when he began to weaken, and starting caring a little less about food, we figured he was just in a slump of sorts. We knew nothing of kidney failure in dogs.

The Family Trip I couldn't go on

When the family all got together to travel to Bishop, California, to scatter the ashes of my in-laws, both Mother in law and Father in law, I stayed behind. My boy was sick, yet we didn't even know what was wrong. Kidney failure in dogs was not something we knew anything about. All we knew is he was weak, sick, picky about food, and someone needed to be with him.

Tucker has always had an amazing appetite! Man, at dinnertime he would literally do the Snoopy Suppertime Dance! I never could get that on video, there just never was a good enough angle to do his dinner dance justice! We would usually just sing the "Hap-py, happy boy..." song. 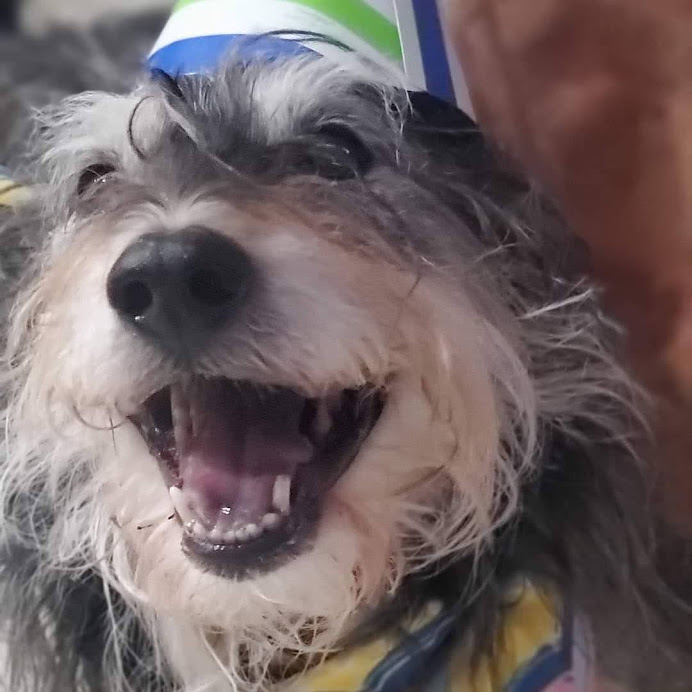 And the stare down, Oh-Em-Gee! Whenever ANYONE had any kind of food, he would sit and wait, staring, as if it was his due to partake in any meal! It did not matter what the meal or food was, it was his too.

I remember when he was a puppy, I set my coffee mug down on the floor in front of me while I was doing something, no idea what. Whatever I was doing, maybe reading the paper, I heard a Scooby Doo worthy "Huwwah!" sound. I looked down to see him looking away, and backing away, the contents of my mug obviously disturbed. He never again wanted my coffee!

Tucker's symptoms started when he became less and less able to jump up on our beds. My bed is slightly higher that the rest, and the best he could manage was getting his front paws and face up there, then he would slide off. With a little coaxing he would try again, but with each day, he'd fail to make it up more and more frequently. This was the first sign, and we just thought, well, he's getting older.

Jumping up on any bed has never been a problem. But, well, after all, next week he will turn 13 years old. However, smaller dogs can live 15 or more years, so the weakness should have clued us in. However, had we googled the symptoms, kidney failure in dogs would have been really low on the list of possibilities. Lyme disease would have been more likely!

It even got to the point where my daughter bought him a ramp and a stair case. He steadfastly refused to use either.

4 -Appetite Decline - another sign of kidney failure in dogs

As I mentioned above, Tucker was an eating machine! If a mad scientist were to design and build a machine that eviscerated all food, said lunatic scientist could do no better! So, when my little man started getting fussy about food, that was a huge sign. Favorite treat, maybe, maybe not. Favorite food? Maybe, maybe not.

When everyone went up north and I stayed behind, I got super creative, cooking up special meals for my dog. Frying up burgers with cheese, and chicken patties. One thing I noticed was after a few times eating anything, no matter how delicious, eventually he would refuse it.
Apparently that is a classic symptom of kidney failure in dogs.

Always have your dog checked out by a veterinarian before getting any supplements, even if the pet store says it's okay. Glucosamine can cause both liver and kidney failure in dogs.

Read this article on the topic. 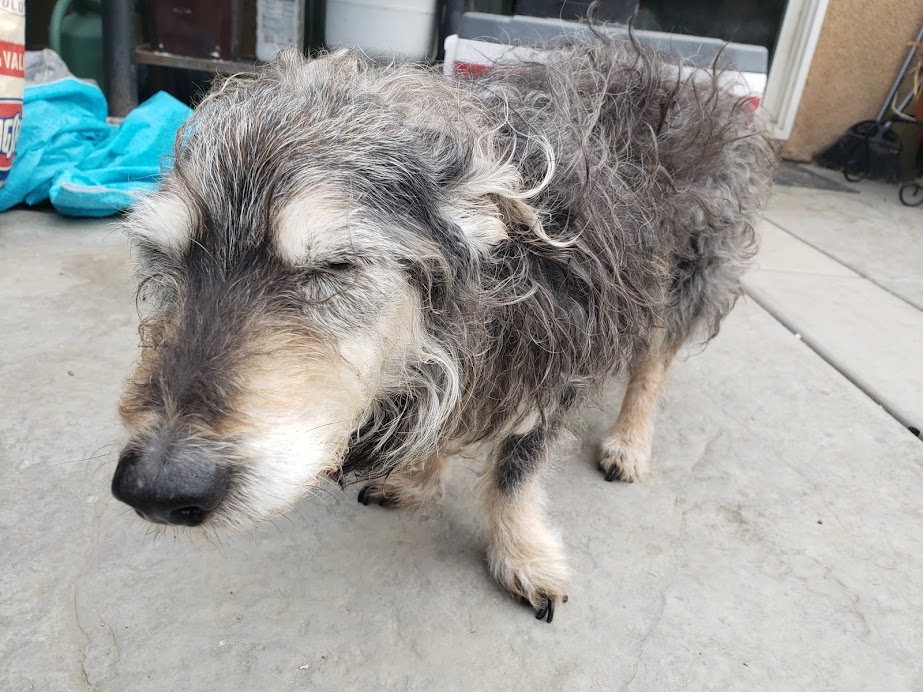 All the above Tucker exhibited. The day we were going to take him to the vet to find out what was happening to our Tucker Boy, a family member had a major medical event. That pushed back Tucker's trip to the vet a couple weeks. It would have made no difference, however.

Tucker was lethargic, stumbling and falling, looking lost, like he had some sort of doggie dementia. Additionally, he was losing weight at an alarming rate.

You see, when a dogs kidneys get to the point of the symptoms above, the kidneys are about 75% gone at that point. There is no coming back at that point.

Additionally, as much as anything, kidney failure in dogs is age related. 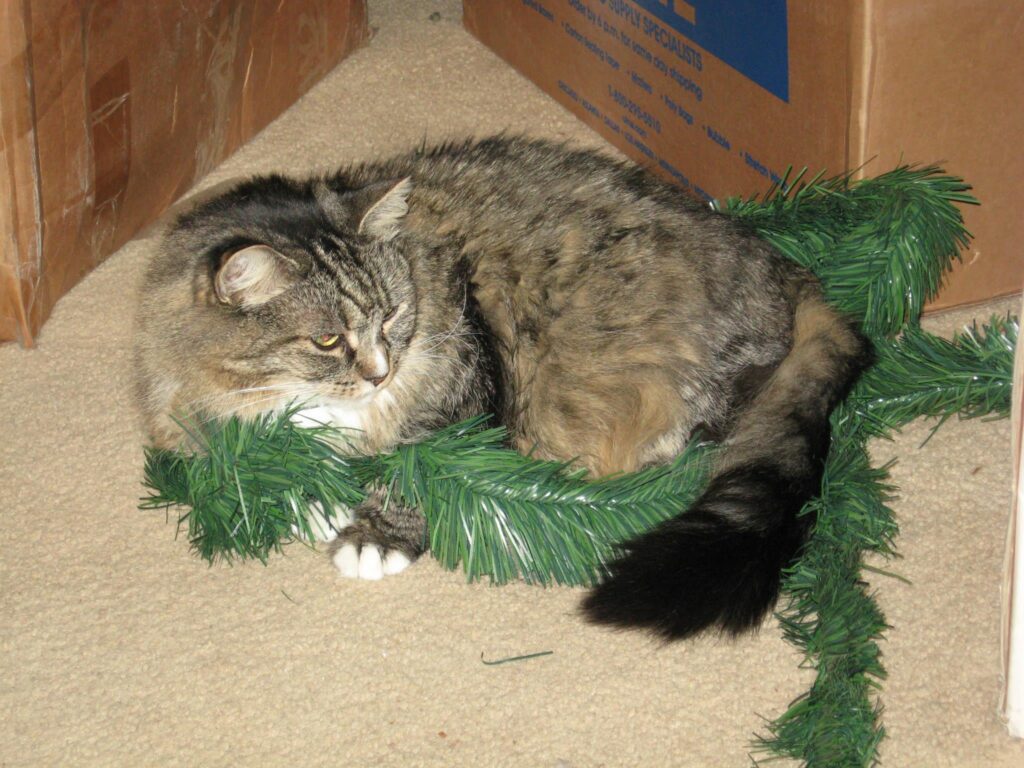 I have seen this wasting away before, in out cat JoJo. She is buried in the back yard. she passed May 15th, 2013. I knew I'd be digging her a grave that day, and I left to the store to get something to drink, leaving her on a towel on the bed. I hurried, because I knew she'd be gone soon. The day was hot, and the work would be too.

Driving back to the house, approaching a stop sign, her face was suddenly in front of me, and not, at the same time. I uttered "Oh, JoJo, did it hurt?" I didn't think it, I said it aloud, with no pre-thought at all.
I knew she was gone, no need to hurry back.
And, she was.

Jojo was the cat of a lifetime. 22 years old, and so very sweet! Most dog like cat I have ever known! But when she started wasting away, showing the same signs Tucker now has, we figured it was feline kidney failure. the is not so different than kidney failure in dogs! Or people, for that matter.

The point is, we ought to have recognized it in Tucker.

The Vet's Recommendations for kidney failure in dogs

Once we got Tucker in, I was still sure the problem would be identified as Lyme disease. I had found ticks in the pool, a number of them floating. The thing is, there have been no Lyme disease break outs locally. But, if it was Lyme disease, that is very much treatable with antibiotics. Kidney failure in dogs, at the stage Tucker is at, is most definitely not.

Feed him anything he will eat, and make him as comfortable as you can. that was it.

We came away with antibiotics, just in case, a saline drip, to keep him hydrated, and a medicine that, I guess, stimulated appetite.

He is a fighter

Yesterday Tucker laid down in the back yard, and I was sure he would never rise again. I laid next to him, sure this was it. Tear rolled down my cheeks. He saw this, and fought with everything he had, kidney disease, weakness, pain, or not, and stood for me.

As I begin to wrap this article, my little man is resting on towels by the back slider door. He is fighting, yet he is waiting. For the end. For help. To feel better. When I look at him, he knows, and shifts his eyes to me.

Update - my little man made it 12 days more. He passed away at 4PM, fighting to the end.

God bless you Tucker Boy. Rest in peace. I expect to see you when I get there someday. Booter Boy, JoJo, show him around. He is a good boy.

He hung on all day, seemingly as if he wanted us all home.

Now he's just Tucker. No more Tucker Boy. That was his name, one on one.

Tucker, may the Lord admit you into His Kingdom. Lord, you have you the best boy there, show him around. Rub his neck and tell him he's a good boy. He is, you know. Rub his floppy ears, he loves that! 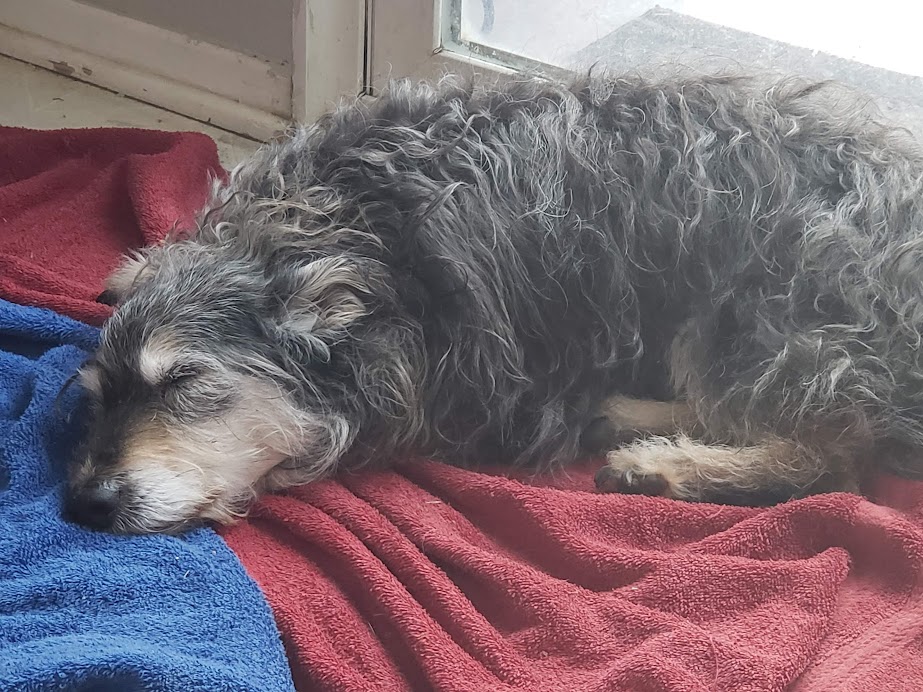