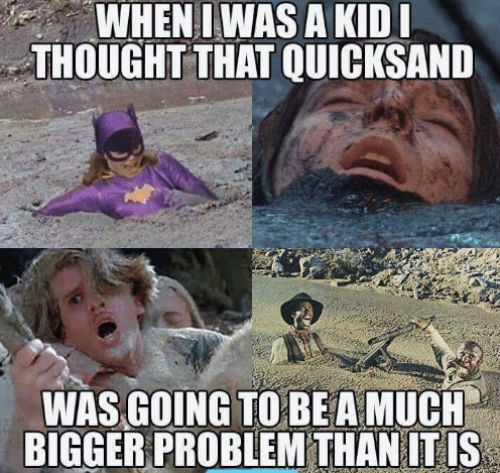 And man-eating plants. Evil killer space aliens, what about them? Radiation poisoning, that was a big fear, as was rampaging Apaches, no? Right, a bunch of hooey! I mean, really stop and think about it. What were these writers thinking?!?

When you sit back and realize that many of the syndicated shows you loved watching on weekdays during summer vacation, or on the weekends, were actually prime time offerings on their first run! Folks would wait all week for the latest episode of "I Dream of Jeannie", talking about the latest episode around the work water cooler. That fact just blows my mind! I saw it only as a rerun. And, there were so many shows like this too! My Favorite Martian, Bewitched, Hogan's Heroes, Mannix, Cannon, Hawaii 50 (the original).  I could go on and on! The Beverly Hillbillies. Ok, I'll stop, you get the point. Gilligan's Island. Okay, okay!

These television shows were first-run, prime time offerings that we, and our parents, waited all week to watch. Yet many of us only knew them as afternoon or weekend offerings. Seems strange, no?

But there are logical issues with a good many of them, things that make no sense. Or are outright lies. 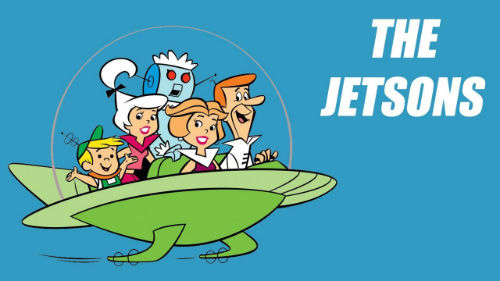 Where is my flying car?

Here we are, well into the 21st century, and there are no flying cars, dagnabit. Why not? The Jetson's made it perfectly clear that we would have weird Space Needle like homes and flying cars. Oh, and robot maids too, you know, like Rosie the Robot. Where's my Rosie? Oh, sure, we have a Roomba that we do not use, and it can't talk back all sassy while doing the dishes, now can it?

Also, through the course of the show, George Jetson had a, what, 2 hour work week? I want that!!!! George worked for Spacley Sprockets, competitor to Cogswell Cogs. What's with all the sprockets and cogs in the future? For robots, no doubt.

It is amazing that a three hour tour from Honolulu could get lost 300 miles south east of Hawaii, but there you have it, the location of the uncharted desert isle. Oh, sure, the weather started getting rough, and the tiny ship was tossed. However, if not for the courage of the fearless crew, the minnow would be lost. Lyrics here: Ballad of Gilligan's Island.

Of all the television shows who's theme songs stick with you, this is one of the most enduring. It is just ahead of "Come and knock on our door...", but that is later on this article.

Okay, let's solve one mystery. The storm supposedly did not deposit the Minnow on the island. Apparently they drifted for days, 300 miles after the storm. This I did not know. However, all of the map coordinates on the show were 1) wrong, and 2) fake.

Let's look at some of the improbable things from the show.

The castaways, (namely, the professor) could make cars, generators, a sewing machine, a lie detector, Geiger counter, washing machine, and a whole slew of other things, but they couldn't patch an approximate 3 square foot hole in the S.S. Minnow?

All of the castaways were chaste. Mmhmm. Likely story. So, none of the characters were bumping uglies? Ya, right, sure thing, There has already been a lot of energy spent and thinking done on this topic, and, additionally, it is better thought out elsewhere than I can convey, so here's a link: Sex on Gilligan's Island. I do not want to get into crass stuff here.

By the way, in an interview, Dawn Wells said that, behind the scenes, if there were any two cast members that would have gotten together, if they could have, it would have been she and Russell Johnson. That's right, Mary Ann and the Professor. Both were committed at the time, in real life. She said, and I'm paraphrasing here, "He was the funniest of all of us, he was humble, and he was a hunk."

By the way, the general consensus is that neither the Skipper, nor Lovey, were getting any midnight trampoline action. You see, the Skipper, sadly, completely lacked man cards. 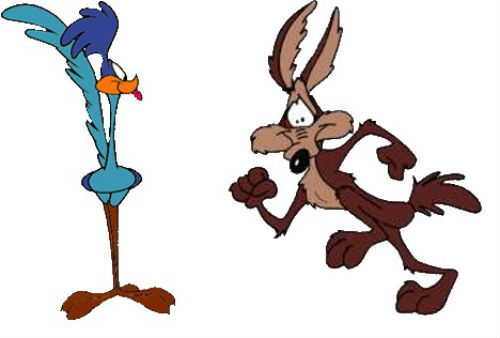 Road Runner, if he catches you you're through

Furthermore, the ACME Corporation is fictitious as well! There have been ACME companies, like the ACME Traffic Signal Company. However, its use in the cartoons was pure fiction. Read on at Wikipedia.

Come and knock on our door...

Three's Company is a perfectly plausible situation today, but, back then, not so much. Let's bypas all sexual innuendo, that's too easy. Let's instead look at the obvious: Janet, a Florist, Chrissy, a secretary, and Jack, a culinary student, could, in no way, shape, or form, been able to afford a 3 bedroom apartment in Santa Monica, the premise is a lie. Looking it up, I found that 3 bedroom apartments start at about $3,700 a month, and range to $19,000+, monthly. So, no. It's pretty solid axiom that "Those who work in Santa Monica don't, and can't, live in Santa Monica."

Take down your fishin' pole, and meet me at The Fishin' Hole

Of all classic television shows, arguably, the king is The Andy Griffith Show. However, did you know that the whistling theme song had lyrics? Go ahead, check, we'll wait.

Most instrumental theme songs did have lyrics. I Love Lucy did, even Star Trek's theme had lyrics. In the case of Star Trek, Gene Roddenberry came up with lyrics to the already written theme. Therefore, he could share writing credits for the song. Above all, this was strictly a financial move. Roddenberry would get half the theme royalties every time Star Trek aired. This move caused a rift with the writer of the song, as you might expect.

So, back to Andy. Did you ever notice that NO ONE was married in the town? Except Otis, the town drunk. So, what's the message here? See, Andy, Barney, Aunt Bee, Gomer, all of the cast were single. Floyd, well, so was he, but, well, you know...

Also, Gomer Pyle U.S.S.C. how come Gomer did not have a Marine hair cut? Huh? Why? 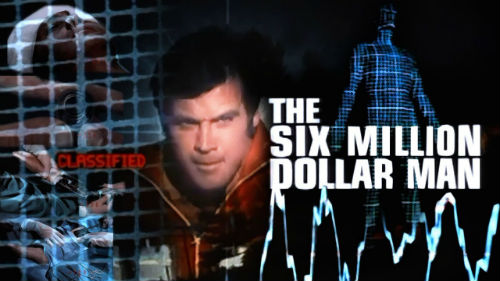 Steve Austin, a man barely alive, yada yada yada. The only thing that really bugged me about The Six Million Dollar Man is that, sure, he had robot legs, and as a cyborg, he could run really fast with those legs. Okay, fine, but none of the connecting tissue was mechanical. His legs, right arm, and eye (left one, I think) was all synthetic, replaced due to a terrible flight test crash. I get all that. but he could lift up cars, using his robot arm and legs, but his spine, core, rib cage was all normal human flesh. No way his core could have dealt with that. And, running at 60 mph? That would have created so much damage due to his internal organs being smashed around that he would have, probably, only done it once.

Oh, boy, if there was ever a show out of all the television shows I could not stand, it was H.R. Pufnstuf. 2nd to that, Land of the Lost. Now, excuse me while I dry heave a bit.

H.R. Pufnstuf, I so wanted to take that danged flute and ram it...never mind where. Both of these shows, may they toss and turn mercilessly for all eternity in canceled show hell.

Absolutely everything about this show was contrived, lame, and silly. Kind of like the original Batman with Adam West, a show which was silly fore the sake of it. Knight rider was just plain silly. 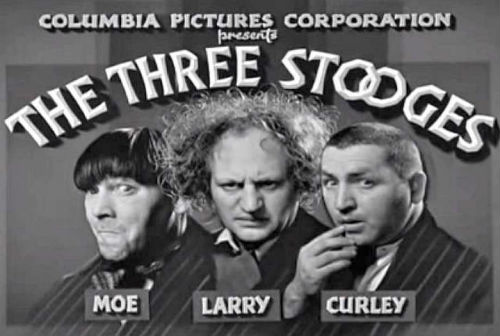 I know, the Three Stooges were not technically "television shows," however their shorts, or episodes did get televised. Shoot, they are probably on somewhere in the world, right now.
No one knows this, at least until right now, but my greatest aspiration as a young child was to grow up to be a stooge. Curly, as a matter of fact. Not Joe, Curly Joe, nor Moe or Larry. Curly was the end all-be all. Nyuk nyuk nyuk.

However, there are issues with this too. Watching the Stooges, a child may think that when you hit someone on the head with a mallet, the worst that would happen is they will yell "Ow!", grimace, and rub the sore spot. Actually, what results is brain damage and death.
Poking someone in the eye, funny? Well, blindness is not funny.
As I grew up I realized that I never laughed at the three stooges, I was more in awe that they were paid to act idiotic. And here I do it for free. Hmmm. I guess that makes me the bigger stooge.
At least Jackass told kids "Do not try this at home." I suppose we are, nowadays, dumb enough to need that warning.

After these last few entries, I find that I have little to say, that is positive, anyway. The A-team, Cagney & Lacey, Air Wolf, Night Court, Moonlighting, Full House, the Greatest American Hero, OMG, ARRRRRRRG! How did television shows go so very wrong? Silver Spoons? The Golden Girls? I have gone from pointing out the folly of that which was passed onto us, no matter how silly a premise, and into writing about things I dislike. Best to end it now.

You all out there can have your opinions, and we encourage you to share them, right here on Friendslr.com, As for me, I need to schedule a full lobotomy. Then maybe I can soak in the mediocrity that is US television.

Oh, and by the way, the whole Mary Ann or Ginger thing? Many Ann, hands down.