Samsung was founded by the Lee family in 1938. At first they made and sold noodles, then other groceries. After the Korean War (which has never officially ended, by the way) founder Lee Byung-Chull branched in to textiles and wool. then, in the 1970's Samsung (a Chaebol, or Korean conglomerate) expanded it's textile processes to make fabrics and such the whole way through, from harvest, to finished goods.

In short, Samsung has their hands in a good many cookie jars. They are responsible for as much as 1/5 of South Korea's economy.

LG is pretty new, right? Well, no. You may remember LG under their early name, Goldstar. Yep, when you went to K-Mart to buy a cheap microwave, because you needed one, but you couldn't afford a Litton or Amana, you bought a Goldstar microwave oven. And you told no one. Who wants to be known as "that guy" or girl. Am I right? you bet I am.

LG was founded in 1947, then named Lak Hui (aka Lucky). They were the first South Korean business to venture into the plastics business. Lak Hui founded GoldStar LTD. in 1958, when branching further into electronics. Lak Hui and Goldstar merged in 1983, forming Lucky-Goldstar. The company shortened its name to LG in 1995. LG is also is associated with the tag line "Life's Good". Life is good, but is LG good?

Samsung vs LG for me 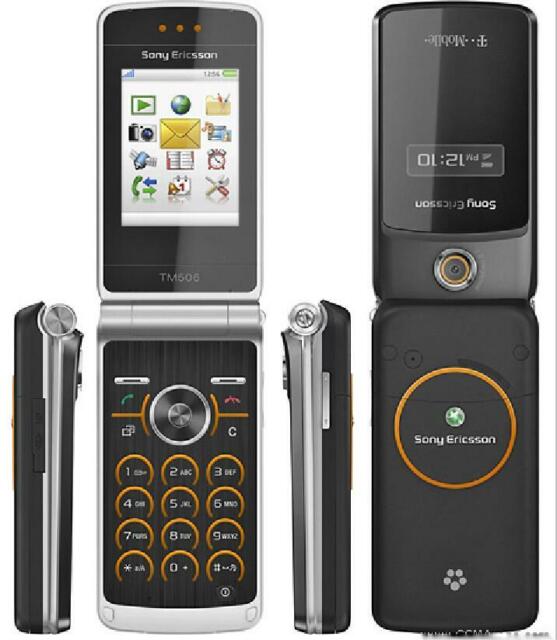 I started my smartphone journey with LG. I had a Sony Ericsson flip phone that one of our dogs bit through (I loved that phone!!!). It did everything I needed, and besides, the coming "candy-bar smartphones" were too big, and no way they's ever catch on! Broken screens would be a huge problem! My Sony Ericsson would survive all. Except our dog. That was 11 years ago.

My First Smartphone was LG

My first phone that resembled today's smartphones was an LG Optimus T P509. By the way, why is is smartphone and not smart phone?

Anyway, I didn't have "on the go internet," so I relied solely on wifi connections. That meant apps were mostly worthless, like GPS. On the other hand, apps were pretty weak back then anyway.
One day the phone just quit working. I liked the phone until then. It was small, tough, and did what I needed.  But it died, for no reason.
The best thing about my Optimus LG phone is whenever I dropped it, the phone sort of exploded, carrying away the kinetic energy of the fall, dissipating it.

You see, I went with an LG phone mostly because EVERYONE else was using iPhones or Android phones, and more often that not those Android phones were Samsung. I didn't want to be like everyone else. And I was loyal. So I bought another LG Phone.

My next smartphone was an LG G2. It was a lot bigger phone, more powerful, faster, better screen than my Optimus LG. Then I dropped it from about 2 feet off the ground, hugging my granddaughter. 2 feet. It landed just right, or wrong, shattering the screen. Stuff happens, right?

Picture of 3 of 4 Dead LG Phones

If at first you don't succeed... I had this LG phone the 2nd longest. I broke the screen and got a replacement phone, then, one day, that phone just quit working, like the LG Optimus did. It would boot up, and close right back down. Doing some research I found that this was a common, and known, problem with the LG G4 phone. LG knew about it, and failed to fix it. Bad solder connection. Still, I had too much pride to switch to an iPhone or Samsung. At this point these were, for me, the only viable alternatives. I took the plunge, yet again, and went LG. 4th time is a charm?

This was the last straw. All the reviews stated it was a beautiful and well made phone. Yes, yes it was. Then one day the phone got the latest update, and well, folks, that's all she wrote. I took it into T-Mobile, they said that they just started getting reports of this. It was some sort of hardware/software issue, and you know what? I had it. No more. I opted into the Samsung universe. I became "one of them." A drone. A pedestrian. I traded my Ferrari for a Yugo. Well, not quite.

I have had this phone now for nearly 2 years. Never any issues. No weird crashes. No weird "bad solder joint" problems. It is faster than any of my LG phones, better built, does more. Charges faster, and hold its charge longer. Better camera system too! I was a dufus for waiting so long!

Washers and Dryers - Samsung vs LG

Samsung has a pretty good stable full of various washers and dryers, and LG seems to have nearly as many. Of course I have not tried them all out, but I have had both.

Front loaders, both. This testing was skewed, because we got both the washer and dryer used. To be fair, they both lasted about 10 years, but on the other hand, both got so noisy near the end that it was high time for both to go.
The dryer gave out first. It just stopped drying. So we replaced it with a Samsung dryer. Knowing the washer was failing soon too, I marked the dryer's stablemate (spouse?) so we'd have a matching set.

About 2 months later, the LG washer started to catch fire. I was on hand to stop it, but had I not been home, it may have been bad. This was about 2 weeks ago.

What I liked about the LG Washer and dryer were it count down timers. you knew how long you had to wait for the cycles to finish. However, there was a lot to dislike, you know, like the whole burning down the house possibility,,,

So far everything about our new Samsung washer and dryer has been exemplary. Outstanding. 9 out of 10. We did not go out and buy a top of the line washer and dryer. What the heck do I need wifi on the appliances that clean our clothing? Ridiculous! Steam in the dryer? That means you have to run a separate water line to the dryer. No. I simply need an appliance that get's our clothes clean, simply quietly, and efficiently, and another than drys them.

Some of the features on today's washers are neat, but hardly woth the extra cost. If I can spend $629 on a washer that lasts 10 years and does it's job well, I'm okay with that. $1200 for one washer? Because you can start a batch while on your phone while you're at work? Poppycock!

I did my research on the dryer before buying it. It is a Samsung DV40J3000GW gas dryer, and it has pretty good reviews. The only things I don't like about it is, 1 - no count down timer, and 2 - the stupid song it plays when a batch is done. you cannot mute it!

As far as the washer, it does not get very good reviews in some places. It's roughly 50% rave reviews, and 50% boos and hisses on Lowes.com, for example, when you actually read the reviews. This is the Samsung WA45N3050AW. On Home Depot it rates pretty well.

I wanted a top loader, and I wanted to match the earlier purchased dryer if I could. I wanted an HE machine, with no agitator. This was it. However, had any merchant had the GE GTW720BSNWS, I would have bought it in a heartbeat. There was one, 62 miles away, Yeah, no.

The washer I bought had one major issue I found, that people noted it rusted around the soap dispenser. The examples I saw had no metal bits around the soap tray, so maybe it had been corrected. We will see.

I do not own any LG refrigerators, nor Samsung for that matter. They look nice, both, but way to overpriced for what I need. Besides, our fridge works great. (Insert knocking on wood sound here).

We have a Samsung TV in the house, and it has always been great! the kids have an LG television, and they tell me it;s the best picture, and blah blah blah. Well, I can';t tell, but I don't watch a lot of TV anyway. I also have a TCL 40" TV in my bedroom that I won in a work raffle. The TV. winning a bedroom would be weird.
The picture is just fine. I guess I don't know what the hullabloo is about TV screen resolution or whatever.

Samsung vs LG winner: Samsung.
For my money, I have learned the hard way that I do NOT want to waste money on a GoldStar K-Mart Blue light special ever again. Oh, I meant LG product, my bad.
Had LG made right with the phones, they would have kept a customer. Had our washer just quite rather than burning up, that's a factor. However, Samsung appears to be the company with the better products. Now, hopefully, my washer and dryer don't change my mind any time soon.

Did you know that Freindslr.com is a full on social media website? Check it! Go to the Community link up toward the top. Boom, you're in.